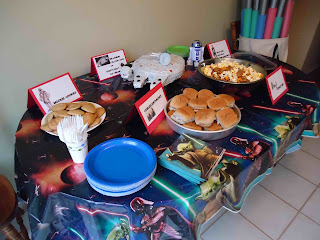 There is a lot of fun to be had with the combo of Star Wars and food.
There is the practically required Yoda Soda. 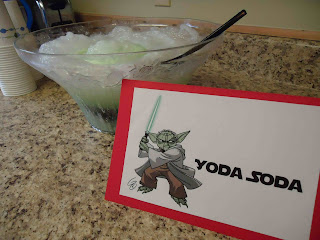 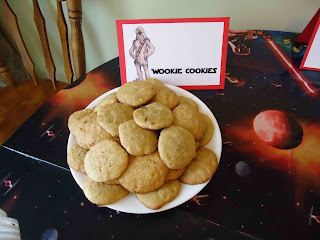 We made banana cookies using this recipe. I figured Chewbacca kind of looks like a big ape-man, so banana seemed right. If I wasn't concerned about peanut allergies, no-bakes would have sort of looked like Chewie, and I might have done that.


I also figured if you take Trail Mix when you travel, they probably had Space Mix when they went into hyperspace. 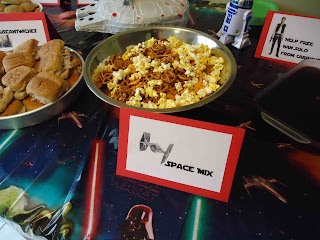 I mixed Cheez-its, popcorn, and pretzels.


You may have heard of Coruscant (say core-i-sant), the planet-city and seat of government. We made Coruscantwiches. Get it? I love it. 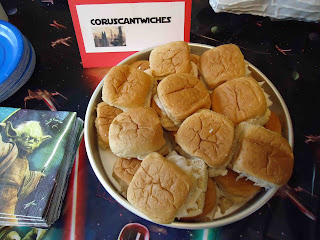 They are just little lunch meat sandwiches on rolls.
Also in the running were little burgers and calling them Bantha Burgers, but I didn't want to mess with keeping them warm.


This hilarious idea was from Angie at The Cellar Door. Help free Han Solo from Carbonite! It's grape jell-o with a Han Solo figure (first cleaned) and submersed in the gelatin. 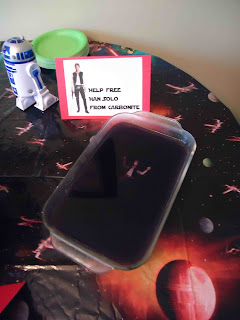 Here's a little bit brighter picture from when I made it: 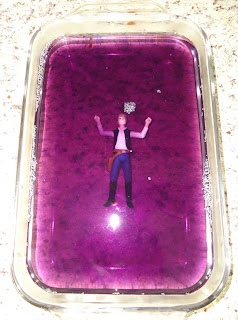 Just mix your jell-o (2 boxes) and then add the figure and let it set up like normal. 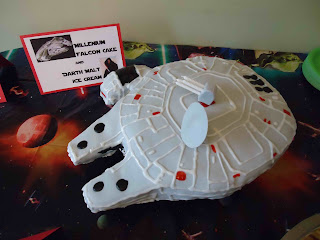 To make the Darth Malt ice cream, let vanilla ice cream soften, crush Whoppers candies, and mix into the ice cream. Let it set back up in the freezer. 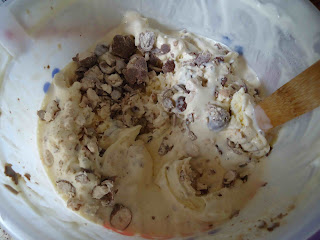 If you would like a cake tutorial, keep reading.

The first step was to make a board shaped like the Millenium Falcon. I had it easy because we have a Lego Millenium Falcon, so I put it on my board and traced around it. 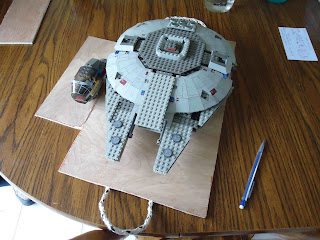 Then Matt cut the board and used a couple wood blocks to raise it up and to secure the cockpit to the side. 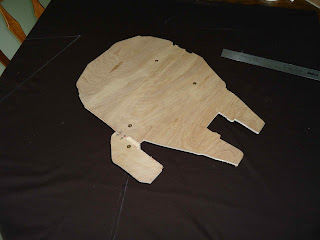 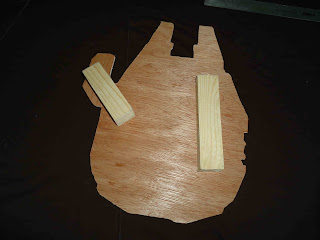 We used a brownie cake recipe because I wanted a thin, dense cake. We needed three 9 x 13 cakes. I set one cake on the base. 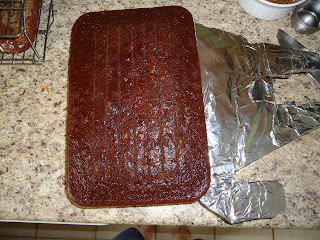 Used a knife and cut the excess cake so that it fit to the base. 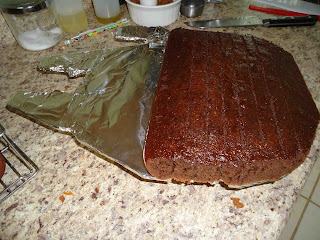 And did this until the base was covered in one layer of cake. 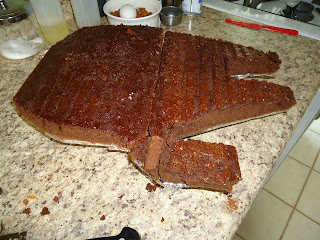 On the part of the Millenium Falcon that is domed, I first frosted the cake and then added another layer. I trimmed where needed and filled in with cake I had already cut off where needed. Shaving carefully with the knife, I made the dome shape. 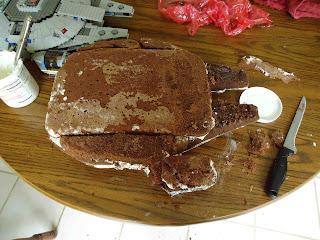 We bought a package of premade fondant at Michael's and some black food coloring, super concentrated kind. Matt added the food coloring and kneaded the fondant to work it in until we liked the gray color. 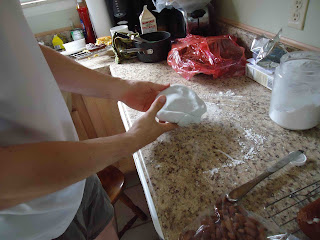 He rolled it out while I frosted the whole cake. Then we carefully laid the fondant over cake, smoothed it down and trimmed the excess. 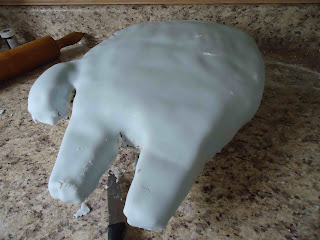 The next step was detailing the Millenium Falcon. I used my Lego version as a guide, but a picture would work too. 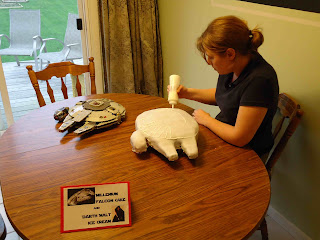 I put royal icing in a squeeze bottle and drew lines where the ship's panels came together. 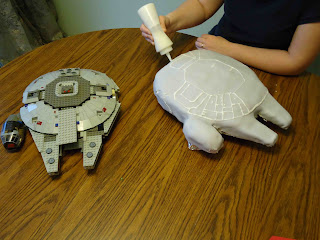 I added black coloring to the icing and did some black details and I also used some red piping gel for a few more details. 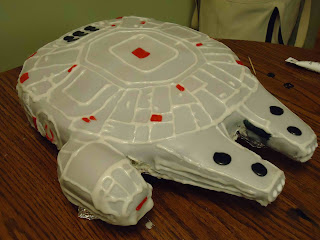 Matt shaped the dish out of fondant and he also made the guns. We came up with the idea to use four candles as the four guns on top. 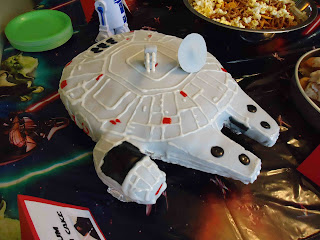 Our little guy was so happy with it, and we were too!