Last month, Chi turned the FIVE! And, if you have read this before, you know that I go all out for my kids' birthday cakes.

It all started watching the Food Network cake shows, and thinking "I could do that." Not that I was disrespecting their talent. Au contraire. I just believed that if I wanted to put the effort in, I could figure out cake sculpting.

So, my kids now challenge me.
This year Chi wanted "Cars 2! Der, der, der...der, der, der...der, da,do, da, der,da, der..." (He can't say it without singing the music, usually all while stricking a pose that is a cross between Elvis and Michael Jackson.)

At first I thought I could get away with something simple like his Cars cake. But then it became clear we were in Millenium Falcon cake territory.

He wanted Sidley, the spy plane at the moment when Finn McMissile and Mater are racing to get on board. Geez.

So, we pulled up some images from the 'ole interwebs. He's really silver with dark blue, but we cheated because I didn't want to deal with metallic, so he became white and blue in our version. Judge me if you must.

Mateo grabbed a thin wood board and after several attempts, we finally drew an plane outline that satisfied us, and he cut it out. He also added supports underneath to hold it up, but we would turn those into wheels later. 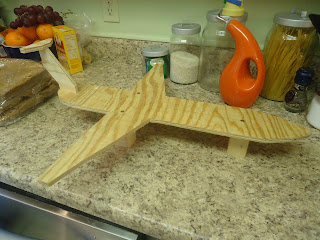 I covered the wood with foil to protect the food. 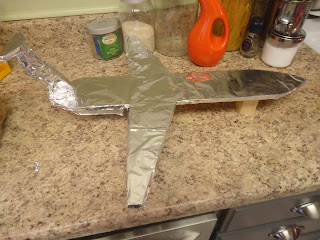 And made 3 9x13 cakes. Yeah, these things always get out of hand. (I should mention that only we were planning to feed only 4 adults and 4 kids. People were sent home with cake.) I used the recipe for Blondies from my Home & Garden cookbook. Blondies are kind of like brownies but butterscotch flavored, not chocolate. (Delicious!) I was looking for a dense cake because it is easier to work with. Chi doesn't like chocolate cake, so if your kiddo likes chocolate you could use a brownie recipe. 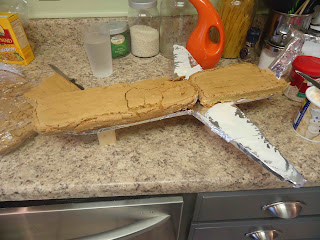 So, I had my plane base and my cakes. I laid one cake on the center of the cake and used a serrated knife to trim off the excess, just following the shape of the wood. A dab of frosting on the base will hold it in place. 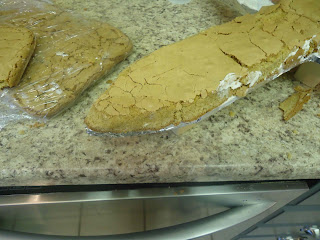 I worked around, adding the wings, and then building another layer on the plane center using frosting between each layer. 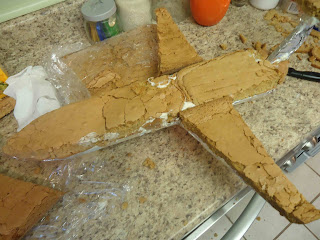 On the upper layers of cake, I just used my knife to shave off cake to make the right slopes. 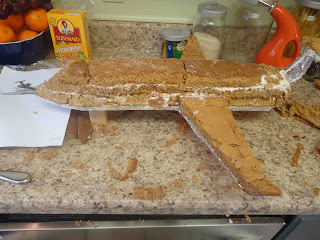 Once done, I frosted the whole thing, and Mateo rolled out the fondont. We just grab Wilton's pre-made at Michael's. It tastes as good as any, and you cannot do better price wise making it on your own. We did this once, but it takes so much that unless you are a bakery, making it en masse, forget it. You aren't saving anything.

So, we laid the fondant on the cake and smoothed and trimmed. 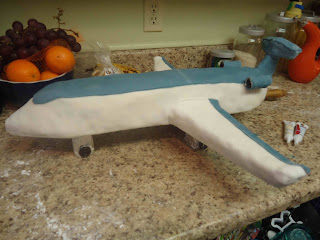 Once the white was in place, Mateo colored some of the fondant blue and we rolled it out and put it place. We used water to make it stick.

I stuck gummy LifeSavers together with toothpicks and covered them in fondant to make the jets. 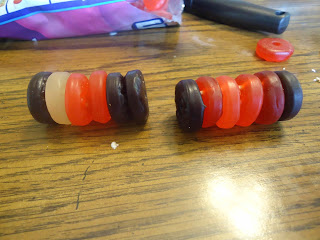 We secured them to the cake with more toothpicks. They were a little off scale, but Chi wasn't complaining, so I didn't really care.

I used the little gel frosting tubes for windows. I just used white because I couldn't find any in light blue like the picture. On the front I used concentrated black food coloring and a toothpick to draw his eyes. When it dried, I went over the area with the gel frosting in yellow. 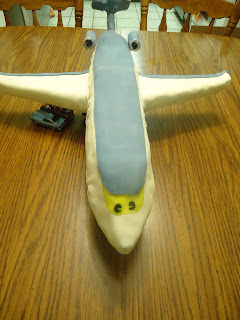 Then I stuck some more gummy LifeSavers to the supports as wheels.

Cake done. Now for the scene. I grabbed a poster board and drew a runway. Then I used watercolor paint to just do a quick fill of color. I wasn't aiming for perfect. In fact, I left my lines a little wobbly so the effect was perfect imperfection if you get what I mean. 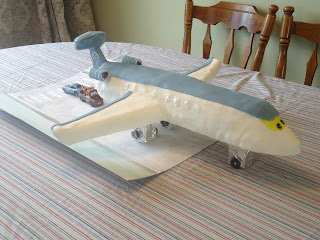 Mateo made a hatch for Sidley out of cardboard. I got out Chi's Mater and McMissile and hooked them together and put them on the runway, like in the movie. 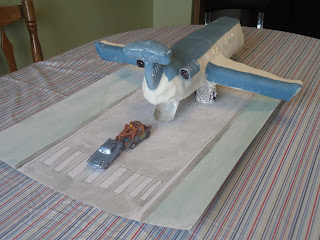 So, will I be the next Cake Boss? Um, no. But I had one terrifically excited five year old boy and that's why I do it. :) 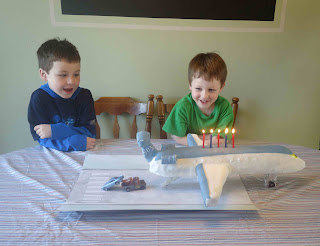