I Mustache You a Question

These are NACHO average Valentine's.
Seriously, what is it about Valentine's Day that begs for low humor? It's always so puny. :)

I don't really get the whole mustache craze, but the boys both liked these. I first saw this pin, first I wondered if I could just buy some, but all I found was some on paper straws and they were expensive. The straw idea intrigued me, but instead of paper straws that wouldn't look like a mustache in use, what about a regular straw?

So, I made a template of a handlebar mustache and traced it on black poster board. Then cut the mustaches out with scissors.

On the computer I made my puny little message: I mustache you a question. Will you be my Valentine?

These were printed on cardstock. I had the boys write the 'to' and 'from' on the back.

I just used regular flexible straws and hot glued the mustache to the straw at the bend. The boys helped tape the message on the straw. 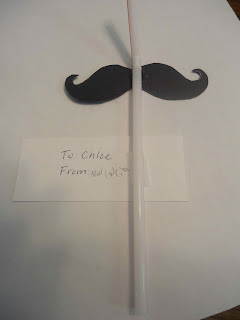 They came out pretty cute. 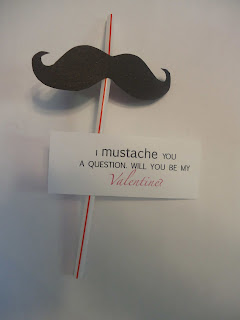 And, he has quite the handsome mustache if I do say so myself. 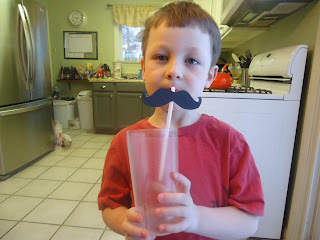 Hey, I mustache you a question.
Well, I'll shave it for later.

Okay. I'll quit now. I promise. Until next year.
Posted by Jen @ Domesticated Nomad at 9:47 PM