Make a planter - Save the People

Alrighty. I talked in this post about how the deck project started with the intent to build a planter on the side.

Well, we did that too. 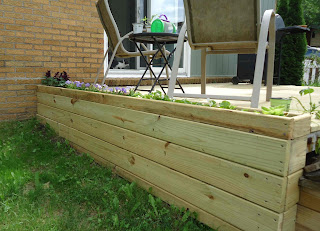 The two main purposes of the planter: keep the chairs from sliding off the edge (happened twice with people sitting in them, thankfully no serious injuries); and add a little somethin'-somethin' to an otherwise utilitarian space. 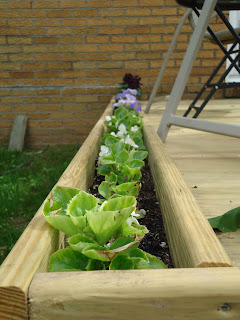 Sorry, this isn't going to be a how-to post. It was a Mateo project and I was elsewhere for the duration. I can tell you that it's built right into the side of the deck, the planter portion has drainage holes in the bottom, and it was built as a basic planter box on legs and then faced with the boards. 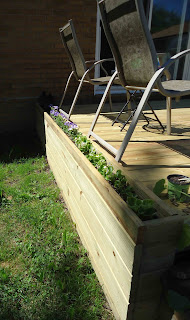 We let the kids pick the flowers. (Next year I may pick some trailing things, but it's nice to give the kids a say.) At first I was going to just jumble them together, which is my normal method of planing. But then I thought, why not jump on the ombre bandwagon? The stuff they picked would work. So we planted dark to light. 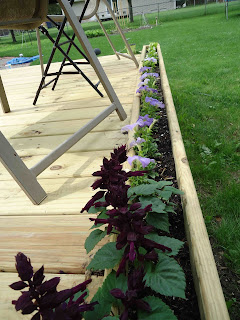 And, no chairs have fallen off the deck since the addition of the planter. 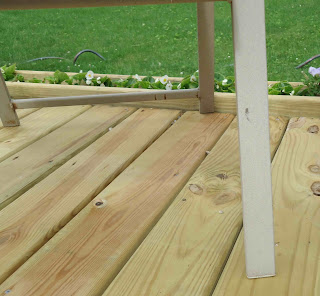