Ever fall out of love with a blog?
Maybe this one, even? Argh! Shhh!
Ah, well. It happens. For me it happens when a blog gets away from why I liked it in the first place. Like maybe it was home improvement, but now it's just filler descriptions of shopping trips. It happens. We all need filler. I'm not judging. I'm just saying, too much and I fall out of love. I'm fickle.

Or maybe it's because there are never new posts. Who would stop having new posts? ;)

So, when you are out of love with your own blog, it's time to have some serious reflection.
Well, maybe not "out of love" because I do actually still like blogging, but going back to school seriously shifted my priorities. Projects are getting so stretched out that it's not nearly as exciting. And posting takes A LOT of time. Time I don't have.

Back when I was going strong, I actually added Art Adventures as filler. My kids love doing projects, and I needed more weekly posts (back when readers were expecting a post a day or at least every other day). I had great plans to do a whole bunch of projects this summer and schedule them throughout the year, but those darn kids have had other ideas. 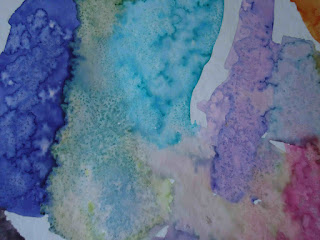 Pretty much they just want to paint and do play dough and clay. You all have seen that. I got tired of saying, "Let's do an art project!" And the boys would say, "Yay! Can we paint?" And I'd say, "Well, I really wanted to show you this other project." And the boys would groan. Ah, it warms a mama's heart, that groan. So, I gave up and gave them paint.

It's also been the summer of boring projects. Building shelves for the basement and garage. Replacing the garden path. 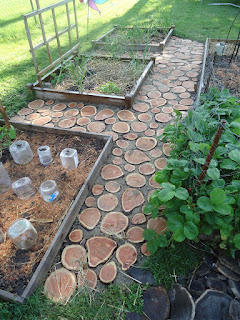 General home maintenance. Lots of Mateo stuff that just has to get done and is not so exciting.

Then, as if nothing else needed to get done, I've been prepping for a solo art exhibit. I have completed 15 large paintings (probably why the boys just want paints this summer, come to think of it) and Matt has had to make all 15 frames (only affordable way to frame 15 paintings). All that ate up a bunch of time.

My dreams of awesome projects and posts slipped away...

So, I know this will disappoint some people, but I will not be doing regular Art Adventures during the school year. Both boys are in school now, and so am I, and that is a lot less time. 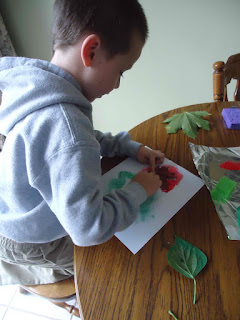 I have a nice archive, and I plan to feature some other projects by some great bloggers to inspire you.

I will post projects as they get done. The kitchen is halfway there. 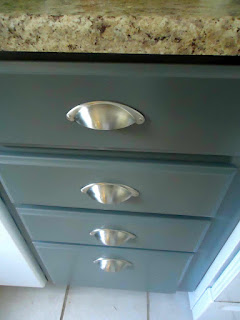 The living room is so close! The boys' rooms will be changing this fall. So, stuff will happen and I'll be posting. Just please forgive the sporadic nature of the blog lately. Grad students/mothers/artists are underpaid and overworked! I'm trying! :)

For quick progress up dates with sneak peek photos, follow me on facebook. I also link up new posts, so you know when I actually wrote one. For those of you that have stuck with me and supported me, I just want to say thanks.
Posted by Jen @ Domesticated Nomad at 11:47 AM 6 comments:

Email ThisBlogThis!Share to TwitterShare to FacebookShare to Pinterest
Labels: blog, need for life balance, thanks

For a very long time I have wanted a wooden headboard. And if not wood, I considered natural tones of linen, perhaps tufted.

So, I found this 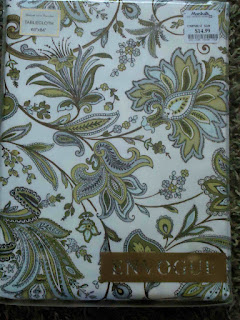 and thought, headboard, of course!

(Actually, I thought pillows, but then soon realized that the colors were brilliant against my wall.)

I figured I'm not out much for trying it. If I don't like it, I can still keep the frame and replace it with linen or something.

Oh, I almost forgot, the fabric. It's actually a tablecloth I found at Marshall's.

So, Mateo built the frame for the headboard by screwing a 60 x 29 in. piece of plywood to a frame constructed from 2x2's. 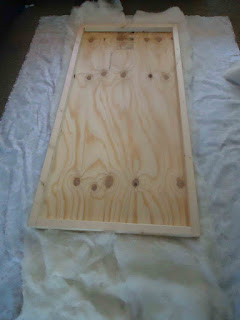 I laid out my tablecloth, good side down. Then laid batting on top. Now I got bamboo batting which I thought was cool, but it pulls apart too easily. Like it started shredding as I tried to unroll it. It was uber soft though and would make great fill. 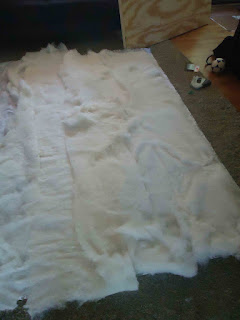 Once that was laid out, I centered my wood frame and then it was time to break out the staple gun.

I pulled it really tight and then stapled on the back of the frame. 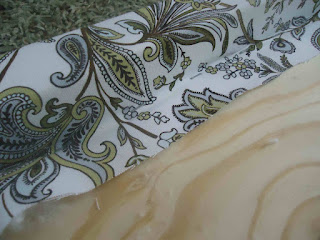 I did this all the way around, treating the corners like I would gift wrap.

Mateo hung another 2x2 on the wall as a cleat and then we hung the headboard.

It is a lot of pattern for someone who originally wanted a neutral headboard, but I am really loving it. It looks great with the wall color! 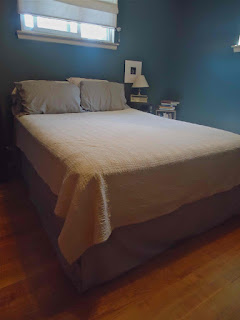 A little before action there; and then after... 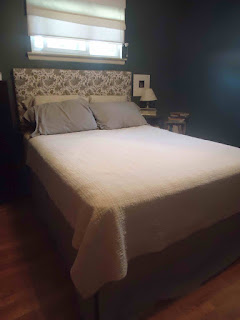 I think I'm going to change the pillow cases to something that pops a little more.
Posted by Jen @ Domesticated Nomad at 8:37 PM No comments: 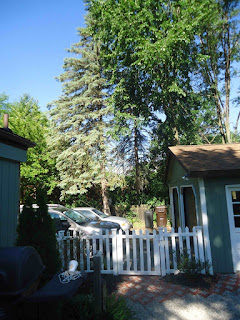 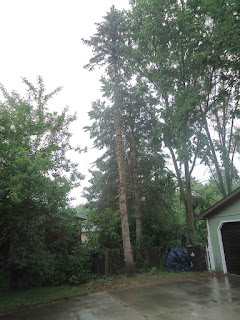 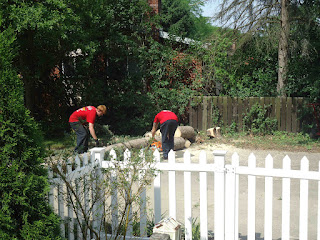 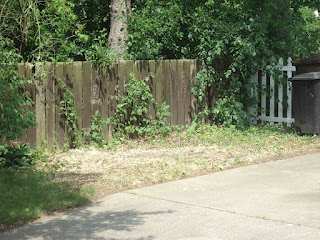 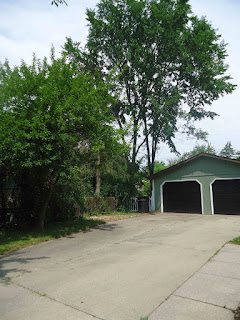 Posted by Jen @ Domesticated Nomad at 9:00 PM No comments: